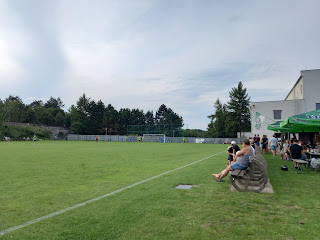 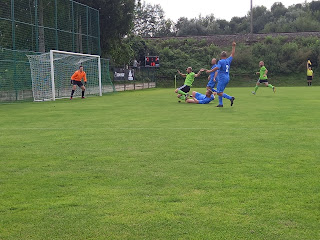 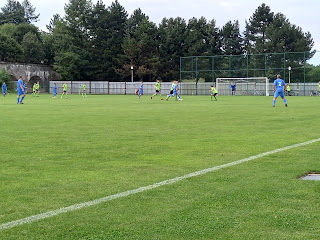 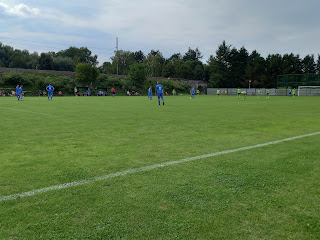 Czech Republic - 7th tier - August 22, 2021
Kožušany 1 Haná Prostějov 4
Attendance - 120
Going into this match, both clubs were favourites to finish in the top 5 of the division.  It has now been three months since the match, and it seems that the initial thoughts were correct.  Haná sits in 2nd place, and Kožušany in 5th.
David Rozehnal has been playing with Kožušany for the last couple of years.  He has over 60 caps for the Czech national team and has played in the English Premier League, Ligue 1, Serie A, and the German Bundesliga.  He is still only 41 years old, and it is kind of strange to see him playing lower league football.  Martin Blaha (ex Sigma Olomouc keeper) is also with Kožušany and he is only 36 years old.  He has over 30 starts in the Czech top tier.
Despite this talent on the pitch, Kožušany were never really in the match.  Haná were strong on the counter attack and took advantage of play down the wings.
Posted by jay at 2:54 AM No comments: 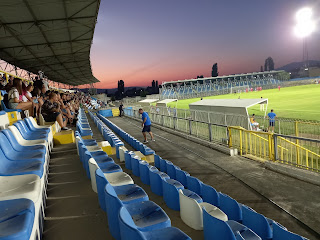 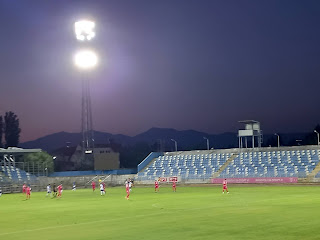 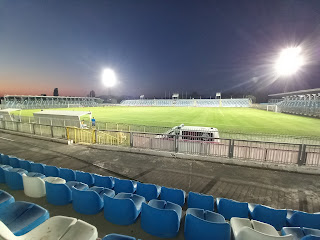 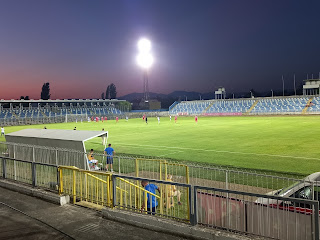 I spend a month in Strumica, Macedonia almost every year.  From time to time I get a chance to catch a local football match.  During my latest trip I watched a couple of friendlies, and caught one First Division match.  Akademija Pandev were not playing this match at their home stadium, but instead at the stadium of Belasica Strumica which is located about 300m from Pandev's stadium.  The level was not the best, and for most of the parts the match dragged on and on. 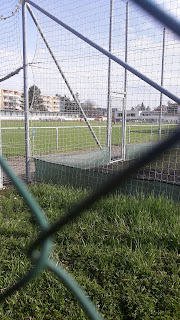 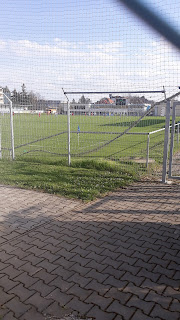 Not much to say here, really.  About three weeks ago, I watched SK Prostějov from behind a fence.  Depending on where I was standing, I could see almost the entire pitch.  Obviously, it was not ideal, but it was still so much better than sitting at home watching football on TV.

All football from the 3rd tier to the 10th tier had their seasons cancelled.  Next weekend, local lower leagues sides will start playing friendlies, so I hope to get out to a few. 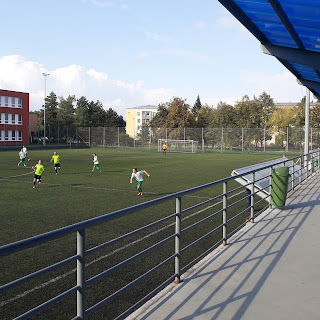 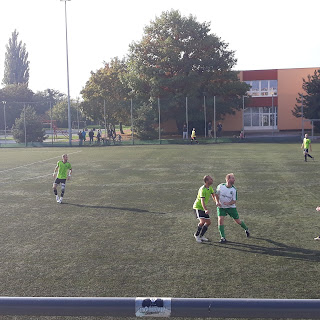 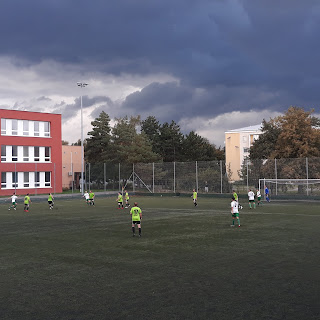 October 10, 2020 - Czech Republic 7th tier
Haná Prostějov 2 Kožušany 0
Attendance - 0
I was able to help out on the day which allowed me to watch the match in person, because the match was played behind closed doors as a result of Covid-19.  Unfortunately, going into this match, it was clear that it was going to be the last one played before the winter break.  As a result of the Covid-19 outbreak, the first half of the season ended one month earlier than normal.
Haná ended the first half of the season on a high note, and were deserved winners against a well organized Kožušany side.  The visitors had ex-Sigma Olomouc keeper Martin Blaha who had a numbe of 1st division starts.  Playing just infront of him was David Rozehnal who played in the top divisions in England, France, Germany, Italy, and Belgium.  He also won 60 caps for the Czech Republic during his playing career.
Posted by jay at 1:23 PM No comments: 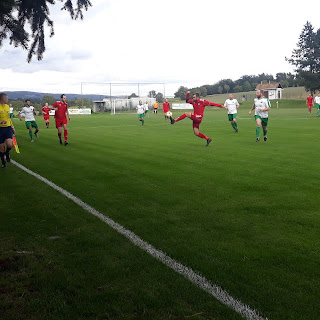 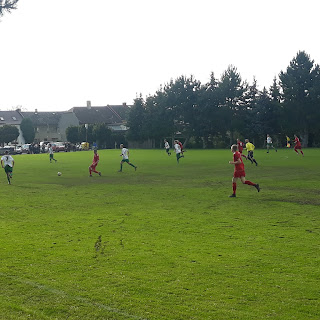 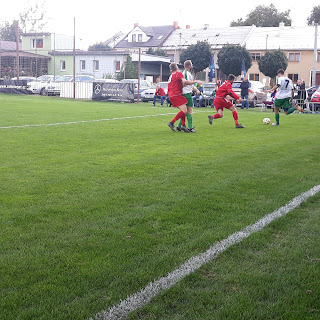 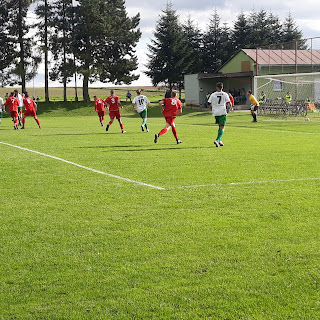 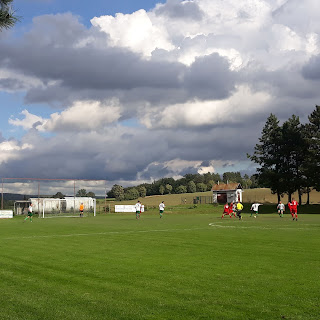 October 4, 2020 - Czech Republic - 7th tier
Doloplazy 3 Haná Prostějov 1
Attendance - 50
As it turned out, this match was my last away match for the first half of the season because of Covid-19 restrictions.  Doloplazy is a small village located not far from Olomouc.  It takes about 30 minutes by bus.  In history, it was known as an important village for the cultivation of hops.
Attendance for this match was limited to 50 people because of Covid-19, but this was obviously difficult to control when the pitch is surrounded by an open field.  Speaking of the pitch, it was in bad condition because of rain the previous night.  It was heavy, and muddy which definitely helped the home team.  They were able to adapt to the conditions and dominate the second half of play.
Posted by jay at 11:14 PM No comments: